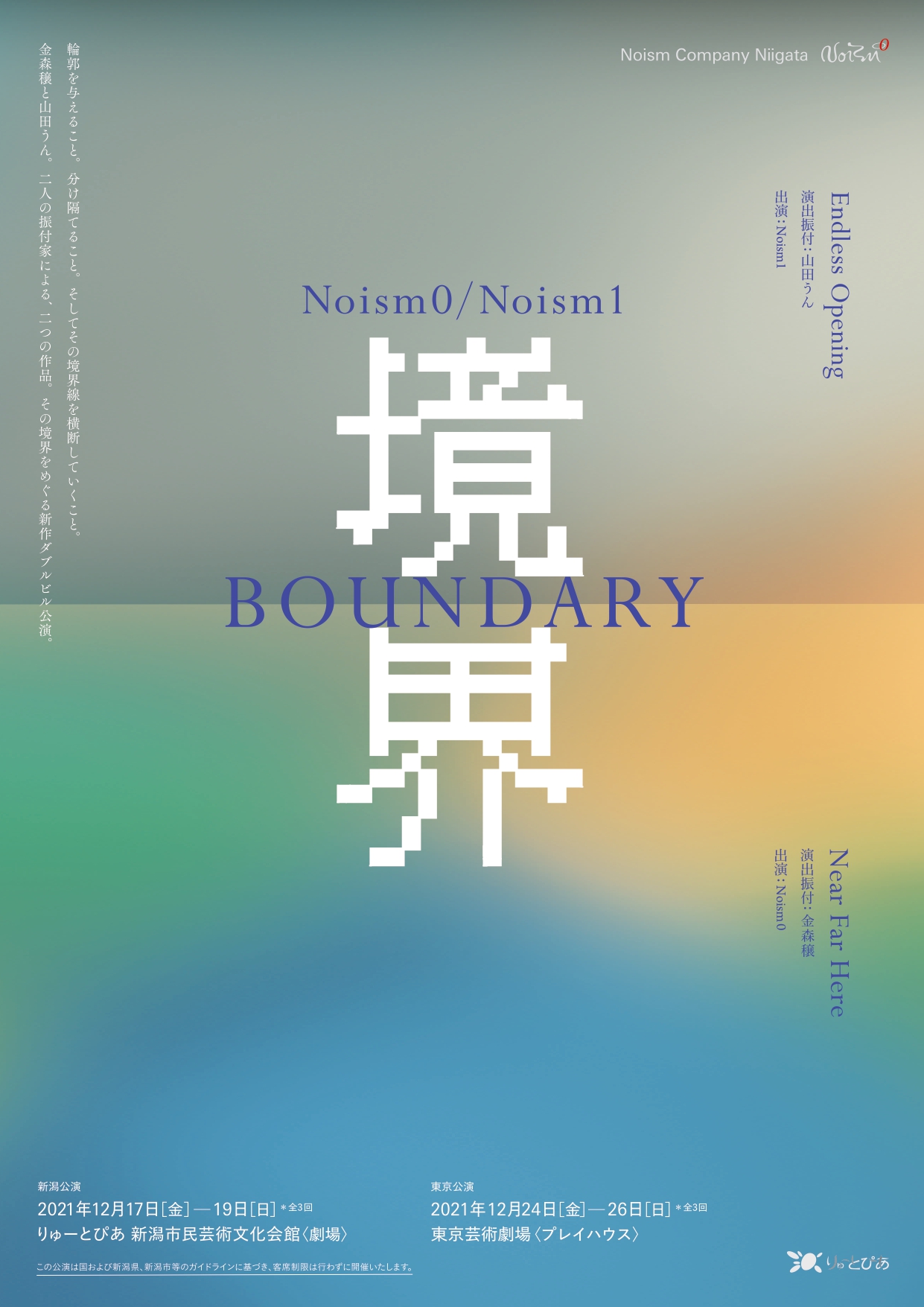 Noism1 presents a new work by Un Yamada, a guest choreographer who leads

Tickets
Tickets sold in advance:
¥ 3,000
¥ 1,500 – High School students and under
※Tickets sold on the day of performance: + ¥ 500
* All seats unreserved.
* No admittance to pre-school children.
* Tickets for this performance will be sold as Distance Seats – 50% of capacity.

Started folk song dance and gymnastics at the age of seven. She studied dance at the age of 13 at Yamazaki Physical Education Dance Academy. Later she studied butoh at the Asbestos Hall. Started working as a choreographer in 1996. At the same time, she worked at the Yokohama ST Spot, planning and producing dance programs for young choreographers. Researched the dance situation in Japan as a Japanese internship trainee dispatched by the Agency for Cultural Affairs in 1999. In 2000, After she won The French Embassy Prize for Young Choreographer at the Yokohama Dance Collection Solo x Duo Competition in 2000, she moved to France. She established her dance company